The 4 Big Lessons I Learned From A Big Commentary

Recently, I made a big youtube video about why Warzone is bad. I was absolutely in love with that game as I tend to be with most Battle Royales that are hot on the market. After a buddy implanted the idea of ‘how would it look like if you did it, I went to make: The ultimate deep dive into everything was wrong with Warzone which can be found over here or is embedded down below! This blog will go over the big lessons that I learned from bringing this video to life.

This was a massive project that clocked in at around 200+ hours. That’s a big full 5 work weeks into a single video. Around 1 hour of work for every 1 minute of video time. While that seems like a massive undertaking, the truth is, I was an absolute beginner when it came to creating that video. I learned a few key mistakes that could have easily helped the journey to creating a whole lot easier. After thinking it through a lot, these are the things I wish I knew before entering in.

Lesson 1: TAGS, TAGS, TAGS – Tag Everything so you don’t have to worry about forgetting.

In this case, I sifted through around 1.5 terabytes worth of my Warzone footage. That’s quite a lot if I do say so myself. The problem wasn’t necessarily on the massive amount of storage but having to sift through it over and over again, was a maddening experience. Generally, speaking the process that I go through is to use OBS Studio and use something that is called a replay buffer. My GPU consistently stores the last few minutes of my gameplay and if I press the replay buffer, you guessed it, the buffer stores the 3-minute replay on my hard drive with the exact date as the file number.

3 minutes in a video game can mean that a whole bunch of events happened. Naturally, as a self-proclaimed smart guy, I have tended to rely on my memory of what happened over 19 days of playtime that I had. What happened yesterday is a lot easier to remember than what happened 8 months ago.

The solution? After every gameplay session, I should name individual clips with short tags about what happened in the footage. Sometimes, I would do this and give it funny names that I might or might not entirely get until I watch the footage again… Every single time I save a replay, I should tag it PROPERLY so my future self doesn’t have to sift through it 10 clips of what memory said might have happened. The tags will also make sure that if multiple events happen in the same replay, all of them will be remembered. It happened more than once where I spend 3 hours looking for a single clip. That’s a waste of time, most of which could have been prevented IF I tagged it properly.

Lesson 2: Creating Your Own Structure

Something that I personally have learned during this project, was how the structure is guiding us later. Nobody wants to do the extra step of labeling their footage, dividing it up into neat chapters, having neat folders where all your footage is divided into nice categories. In the beginning, it feels like a complete waste of time, and the thing is, it actually might be a waste of time BUT if you need it, it won’t be. Now, what does that mean? The structure is the insurance in case something goes wrong. Labeling certain files might be completely useless as you will never need the file with the label. If however, you label 300 files properly into 10 neatly categories and need a file from a category, you only have to sift through 30 files at most. As it was in my case, it’s a lot easier to go through 30 files instead of 300. Have those 30 files properly tagged and your job got a whole lot easier. The roads are way easier to navigate if you have created a map for yourself. The reason you want a structure is not to keep going forward but if you need to go backward for something, you know exactly where it is.

Lesson 3: Perfection Doesn’t Exist, there is always something more

We all want everything to be perfect, at least that’s what we think we want. Perfection is this all-encompassing thing where nothing is wrong with it. While that sounds good, the beauty in life is found in its imperfections. With every project that is reaching the end of its lifecycle, there are so many things that you can do and improve upon. The return on investment is dwindling at best. It’s not a bad idea to polish your work up to make it look presentable but one of the things that I wanted to change was the way I recorded the audio. The video was nearly completed and I wasn’t exactly happy with the audio. It was definitely okay or passable, despite what my insecurities say. In order to make it work, I would have to re-record the voice-over for the whole video. This would also not help since I tend to only work without scripts, so that would have complicated quite a lot. It would have been better in terms of quality but the spontaneous moments would be gone, and they add a lot of charm and personality.

You can spend forever on a project and keep going. I did make sure that before I pressed the render, I kept reflecting a little bit on my mind. You can’t force the creative thus I keep it fresh in my mind if my subconscious mind decides to add a few more bells and whistles. Small items that make the sum more whole. The devil is in the details.

One thing I want to make clear, only you see your imperfections. You see everything that is ‘wrong’ with your piece of work. We are worried that other people see the bad things that we have done but the truth is, they won’t know how you would have made it better. They only have ideas about how they would have done it. They might not like your execution but they don’t see the perfection that you see.

It’s a massive project and there were times where after 12 hours of working on it straight, I would have been a little bit peeved about all the small things that I still had to do. I had a wonderful time creating it but there were moments where it seemed like a drain and I wanted to get it finished. It was something that I felt I had to do, instead of something that I wanted to do. Another checklist to go through. By reminding myself of why I wanted to do it and having fun wherever I could with the project, I was a lot happier during the process. It was never gonna be something that I did quickly, there are only 24 hours in a day and we still need to eat and sleep! No need to rush! 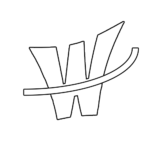